How can one person build an empire? The short and truthful answer is, they don’t. Not by themselves. This endeavor takes lots of people in different roles. The creator of Hederian Dragons understood this and has spent the last few months build his community. Through this community base the ideas which shape the Hederian Dragon universe have come alive.

In the market conditions today projects and companies are cutting their lines and abandoning their customers at record rates. In this sort of climate how could any project hope to survive? Well, consider this the next evolution of projects. Hederian Dragons has been stewing in the primordial goo for months, cooking up its formula and perfecting the angles. I spoke with the founder, Si, back in April and there was so much in the works it blew my mind. What really caught me off guard though was the fact that he refused to hype his project. He was even hesitant to speak with me at first. Si wanted to make sure he impressed upon me how important it is that he deliver what he says and doesn’t put out empty promises. His concern was for his vision to be known and expected to become reality, but something to fall through and he wouldn’t be able to follow through delivering to the community. His mantra of “No promises, just delivery,” has become a wild understatement in the recent weeks as Hederian Dragons began to unveil their plans for Gen 1 minting. This has been such a hit that as of writing it has catapulted their Twitter page to the 12th most influential Hedera page, according to LunarCrush. So, what are these plans that have everyone so excited?

It all begins with community. The discord has been gathering members who contribute portions of the story along the way and give ideas of what utility to have with the project. This strategy of Create2earn has formed the basis for the project under the guidance of Si, to formulate into one of the most wildly anticipated projects of the year! The amount of vision and passion behind this project is mind blowing.

A huge aspect of building in the Hedera space is collaboration. Si has already demonstrated his ability to create a welcoming space within his own community and has now extended his reach to other projects. Bringing in massive community names such as HBARSuite to the creator’s guild and CyberHedera to partner with is just the beginning. Stay tuned with notifications on for even more announcements of heavy-hitting collabs with the Hederian Dragons!

Starting June 16th, with the mint of Gen 1, holders will receive 10 trading card duplicates of the minted NFT. This allows and encourages the community to get together to trade the duplicates for other cards to get a diverse hand. These cards are used in a duel style arena to compete and win prizes like $HBAR and their native currency $DRAGMA. You are also able to stake NFTs to earn $DRAGMA. I know what you’re thinking. Great, a native currency that will “someday” have utility. WRONG! With $DRAGMA there is utility from Day 1. You are able to exchange your tokens for various prizes in the bazaar, some of which are exclusive to $DRAGMA holders.

There is so much more to this project than I can describe here. Be sure to read the whitepaper and watch the walkthrough. Then go check out their discord and meet the community members. This is one of those dynasty projects everyone wishes they could have gotten in on when it was still in the early stages. I know I do. I can’t give too much that isn’t in the whitepaper already because as I said earlier, Si refuses to hype without substance. He will let people know only what he is sure he can deliver.

Once you’ve had a chance to review the project for yourself, let me know what you think! 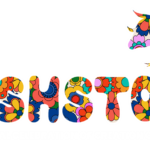 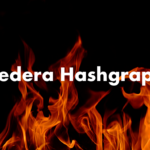