So, there is a new app/game available for Hbar enthusiasts and it’s name is “SlimeWorld” it is available on the Google play store and the ios app store.

The game is a fun and addicting, play to earn game in which you collect slime monsters and eventually combine them to make bigger slime monsters to destroy the opposing enemy slime monsters. In the game you earn “Oricalcum” that you can exchange for their Native token on Hedera Hashgraph called NADA Token. NADA Token (NPT) is currently listed in rank #3 on DragonGlass.

The app easily connects to your D’Cent wallet (which is also good for holding Tune.Fm’s JAM Token).

As you can see above in a short time, I earned 12 NPT Tokens just trying out the game. SlimeWorld also has an NFT section which seems to be in development but exciting nonetheless to see a game app that is utilizing Hedera Hashgraph and their own native token within the platform. I must say that while I am excited that stuff of this nature is starting to come out now, the game can use some improvement.

You need tickets to play but you run out rather quickly and then you can purchase more through in app purchases. They do have a feature to watch an advertisement but that is not to earn more tickets as it only gives you a ten percent bonus on the amount of “Oricalcum” you can earn in game.

All in all, since this is the first of it’s kind on Hedera, I give it 3 stars. It is fun and yes it is addicting but I do not like to pay to win, or in this case pay to earn a token that may not have any value. It is exciting and it is fun and I do recommend you download it and give it a try.

I made a new wallet specifically for this game. I do highly suggest you download D’Cent Wallet, So you can start collecting Hedera Tokens such as JAM and now NADA.

Disclaimer: This is not a paid advertisement or review. I do not know the creators of SlimeWorld. 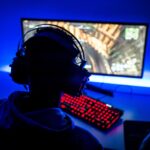 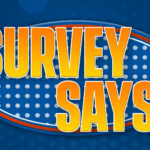