With everyone still fearful and distancing, it can get a little lonely.  Especially if you’re entering the NFT space for the first time. But have no fear, Hash Homies are here! These dudes have smashed into the Hedera NFT space with the aim of bringing fellowship to the community.

With last week’s mint madness, Hash Homies released onto the stage to build their community and spread the avatar keys that will give access to their overarching ecosystem, Hash World. Igniting the fires of fun and friendship among the community was an easy goal for this team of seven friends. Routinely hanging out at their local bars, enjoying the company, they noticed the NFT hype pouring through the television and twitter feeds. Realizing the potential the NFT platform offered to truly impact people’s lives while generating income, the idea for Hash Homies was sparked during the 2021 Holidays.

Overall, the project plans to roll out in two primary generations with an overarching community environment: Homies, Heroes, and World.  Hash Homies will foster the community friendships as the flagship project. Through this, the team started the “Homies help Homies” campaign to offer assistance to members of the Hedera community in their times of need. The second generation will be Hash Heroes which will be focus on charity.  This project will donate 50% of all profits to an organization that sends fully dressed up superheroes to children’s hospitals to brighten the day of kids being treated. Finally, Hash World is the home of all the Homies and Heroes which will provide a common place for Homies from all over to unite and hang out.

While creating a multi-tiered project like this is daunting, the Hash Homies team has no hesitation in jumping in. They had already completed the art for the Homies in early 2022 but realized they had no idea how to take the idea from .jpeg to NFT. Thankfully, the Hedera community was more than welcoming and capable of helping.  The teams at Turtle Moon and HBARMigos were instrumental in providing the tools and guidance to get the Homies through the setup and minting process. To show the love they have for the community, the team implemented discounts into their mint pricing for holders of various projects. There’s even a discount for those that were affected by recent rug projects. These discounts apply automatically when the specific project NFT is detected in your linked wallet.

If you hold any of these, go check out the launch pad to redeem your discounted mint price! As the team continues to press forward from their Gen 1 mint, they look to add utility to the project while the community is enjoying their newfound Homies.

To get involved with this great group, check out their Discord, say hello and find your group of Homies. The team is welcoming and loves to engage with the community, gathering new ideas and holding giveaways. From there, find your way to the Zuse launchpad and see if you can snag a freshly minted Homie. The adventure is just beginning! 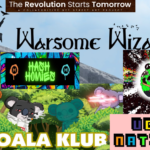 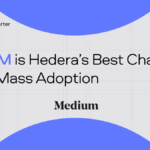