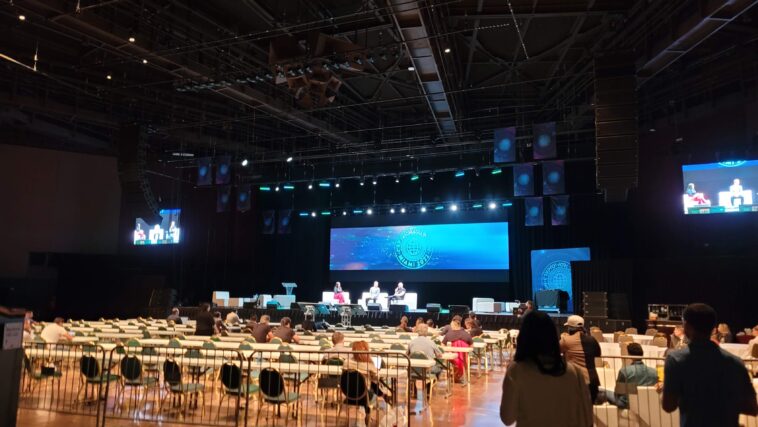 It all started when I acquired press passes to CryptoWorldCon Miami. I was interested in attending because there were many big names poised to be in attendance, from Jordan Belfort (Wolf of Wall Street), the Editor-in-chief of Cointelegraph and many more (list here). After receiving confirmation that I could attend with Jacob Williams (Hbar News Advisor) I started to plan my trip from NH to Miami. I figured I would travel down with my wife and children so that they can enjoy the beach while I did “crypto things.”

I arrived in Miami on March 30th and the convention was on April 1st and 2nd. I ended up only attending one day because the convention itself was largely disorganized and those in attendance; even the vendors and sponsors seemed more interested and concerned with the V.I.P. yacht party held on day 2 then they were with the actual convention. It seemed as though they all wanted an excuse to live the Miami party life rather than discuss crypto, use cases or any business at all. We were asked multiple times by many use cases if we were going to the yacht party and that it should be a very good time.

Upon entering the convention, you must get on a line to show you’re tickets or purchase them at the event. Jacob and I got entered the line. Us and the gentleman in front of us from a local newspaper were not on the “Media List” and we had to show our email correspondence in order to obtain our press passes. This was the first taste of the disorganization that was CryptoWorldCon. I emailed three times to ensure we were on the list and assured that we were and there would be no issues. I am glad it got resolved as I traveled from New Hampshire, bought plane tickets and a hotel in order to attend. After going through a very lax security team, we walked to the wrong door and there was no-one to point us in the right direction of the event except for one security guard who did not speak at all and just pointed towards the second floor.

Once we got upstairs the first thing that we noticed is that we did not know any of the projects from the crypto community. Not a single one was familiar to us at all. This prompted Jacob to post a live tweet:

There were many booths and vendors for us to visit. Our first real interaction was with a booth trying to sell Jacob timeshares via NFTS. Jacob tweeted about this also:

The next booth we encountered was “PolkaCity Metaverse” who was giving away a triumph motorcycle. They operate on Ethereum & Binance. We spoke to them for a few minutes and to our surprise they had never heard of Hedera or Hbar. So we spent a few minutes talking about it but they seemed uninterested. They did give us a tote bag and a nice hat and they seemed like good people. Near them was Pulsecon who Apparently are holding their own own convention in Vegas in September saying every coin will be in attendance. However, I do not think Hedera will be there so, I will email them the details to see if they are interested. The event is called “PulseCon.”

The next booth was Switch which we spent a good amount of time speaking with Kristen Jolley who was very enthusiastic about crypto and their product/service. Jacob spent a good amount of time explaining Hbar and Hedera to her, so much so, that she commented that I looked bored (Jacob can talk). Switch operates similar to the crypto.com staking card but allows you to operate a node and get rewards for the coin of your choosing from what I understand. We spoke to Kristen at length about Hedera and Hbar and she even took a note to look it up when she had time as she seemed very interested. Of all the booths and people we spoke with, Kristen was by far the most passionate and the most open to learning about other coins within the space. Perhaps there is a chance here for Hedera or someone operating within our ecosystem to reach out and possibly even work with them. They had great swag as well! Kristen gave Jacob and I a hat and even chased us down later to give us a carbon fiber wallet. I am interested in learning more about their project and will be reaching out in the near future.

Another booth was seemingly out of place, but deserves massive attention in my opinion. That was an Organization called “Heroes Unmasked.” The owner was there by himself when we arrived and he spoke to us about his organization and what they do. They visit terminally ill children in hospitals dressed in real Hollywood superhero costumes and spread joy to these children in need of some lifting up. It was an eye opening encounter and when I asked him why he is attending a crypto convention his response was simple “We are hoping to get involved in crypto and accept crypto donations.” This again represents another project that not only can use help, but can benefit from the Hedera community. I employ our community to reach out and see if someone can help provide them a way to accept Hbar. Surprisingly, he was the only person in attendance besides one XRP guy who actually knew about Hedera and Hbar.

With all the booths in attendance, we spoke only to those that seemed interesting and also that could benefit from Hedera. So with that in mind, I will only talk about two more booths that we visited and then go onto the speaking events.

COINPICKS: Coinpicks is a competition site of CoinMarketCap. The first thing they told us is that they are an unbiased review of coins and do not accept money or bribes like other sites. They spoke about how they give each coin grades and rate them on their fundamentals, technology and other values. So, I told them we represent Hbar and would like to look it up on their platform which we did with them. They gave Hedera an overall grade of “F” which surprised Jacob and I. I instantly started to educate them because it was listed that Hedera is “Closed Source” which I informed them is outdated and to their credit the Gentleman sent an email right away to fix that; which to our credit got the score in Technical analysis raised from a “C” to a “B.” They also had listed that the council makes Hedera centralized. This is an argument I am used to hearing although it holds no weight and no merit whatsoever. Jacob took on this one and told them this is the definition of decentralization. After trying to inform them that this grade for Hedera is wrong, He told us “That is the beauty of our site. We are open to debate about the grades and review.” He offered to have Jacob and I come on to his YouTube channel with over 100k subscribers to talk about Hedera and Hbar but as Jacob tweeted and I agree with, this would be more suited for an actual employee of Hedera. I will be reaching out to them and connecting them as well to see if they are willing to hop on the show and spread some education and information about our ecosystem and what we have to offer.

The last booth that I would like to mention was US1Coin, Which has their own coin that has a focus on healthcare and being able to trade their coin for Vitamins. They are very focused on the healthcare sector and I instantly though of my friend Lance and his boss Jim Nasr the CEO over at ACOER. I immediately contacted Lance and gave him their information and did the same with the Woman from their marketing department that we were speaking with. Hopefully they can connect and maybe find some synergy there. What drew us to this booth was their marketing. Amazing graphics, gold foil faux currency giveaways and top notch animations on a large screen behind them. Jacob was very impressed with the art as he himself is an artist and truly appreciated the work put into their graphics and promotional material.

CryptoWorldCon had various speaking events hosted in the auditorium and I must say that I was unimpressed. The audience was almost non-existent and I feel the convention itself did a horrible job at promoting this event to the wider crypto community. It also did not help that NFT Miami was scheduled at virtually the same time and dates. If I were to speak at this event and only had 5-10 people watching, I would have been very upset. While the US ambassador to El Salvador was speaking, they had a buffet for gold sponsors who were more concerned with getting their moneys worth of food, rather than listen to her speak. This was true for all the speakers who mainly spoke to an empty auditorium while the prospective audience was walking around booths with selfie sticks documenting their own experience for social media views and likes.

The takeaway from this event was simple, The event itself was disorganized and uneventful. I did not attend the yacht party because I am not about partying and drinking. As for Hedera, we did our job and spread the word of both Hbar and Hbar News and made some connections that I feel can go somewhere. I wish all these events had someone from the Foundation or Hedera in attendance to represent our community and help spread the word. I will forward all of our leads to the appropriate people at Hedera and hope they will feel compelled to pursue them.

Due to the length of this article, I will publish another article about meeting them both in person for the first time and conversations we had. This article you are reading now may not be the most fun to read but I wanted to be as detailed as possible and give a real feel for how the convention was. I outlined the important interactions and gave as much information as I thought was important. I also spread a ton of Hbar News swag throughout the event and throughout Miami and it seemed to pay off as our traffic went up about 300 unique visitors a day while I was down there. 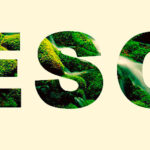 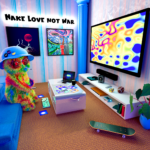